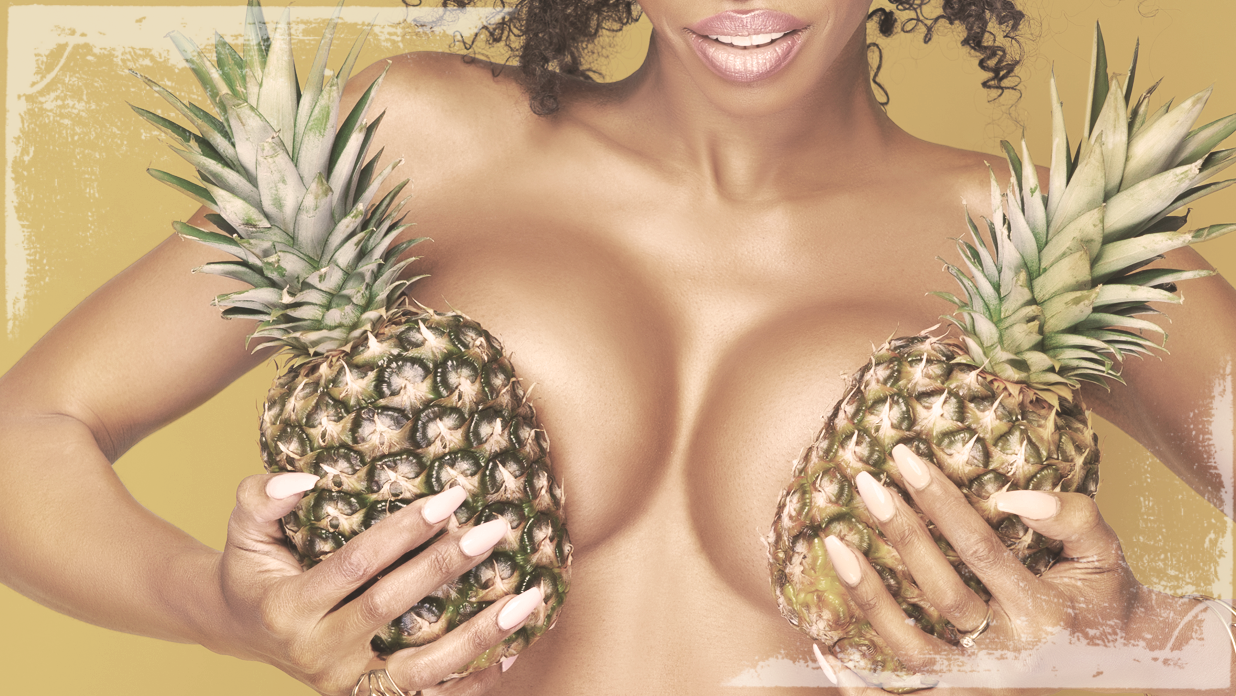 In the last few posts I have described a couple of my own dates from back when I worked in escort – and how some men seem to get off on the strangest things!

My strategy is to use myself as the hot and naughty girl I am by nature. But I know of several different girls who like to play on a few extra strings when it comes to making the date more exciting – for example, their ethnicity or origin.

A lot of men are immensely turned on by features that are not necessarily European. For these men, everything becomes a little more exciting if you can show off an exotic family tree.

For example, if you rock a pair of almond-shaped Asian eyes, a beautiful brown or black skin with the hereto associated stereotypical attributes (a pair of firm hooters and an ass that does not quit), or maybe a sexy Latino look, this carries a heavy worth in itself. Throw in a similar stereotypical behavior and attitude on top, and you will surely hit the jackpot.

I have a couple of girlfriends who really know how to make the most of this phenomenon, and use it as an active part of their escort service marketing strategy. You can meet them all in this blog post.

From Russia with love – Princess Svetlana

One of my former colleagues and current girlfriends is the gorgeous Svetlana. Both her parents are thoroughbred Russians through many generations. This shows clearly in Svetlana's features, from the big blue-green eyes, the high cheekbones and the almost transparent complexion to the petite body with the small firm breasts, the tight ass and the long slender legs that go on for days and days.

As an escort girl, Svetlana went all in on the Russian theme, and her alias was Zarina Supreme. As one of the most popular - and in fact also most expensive - girls affiliated with the agency, Svetlana, or Zarina Supreme, set the bar incredibly high.

For example, she only went out with business men with an income above a certain size. She was only booked for dinners at the most expensive restaurants and did not settle for sub standard hotels. And of course there was also a certain expectation for the size of the gift as well as the quality of the dinner.

I have to say that I admire her business strategy - because it actually seemed absolutely fantastic. When you set the price high, a lot of customers will want to pay it. And when expectations are high, it is actually almost easier to meet them.

Not that Svetlana did not make an effort, or deliver a second-hand service. She was one of the escort girls who had the highest score among the agency's girls. I have a feeling that this is largely due to the incredibly well-organized marketing and the high standards that were set from the start.

If you can get the customer to agree on the idea that you are an incredibly exclusive Russian luxury whore, then that is the world they live in - and in that world they can all become oligarchs for the night!

In these anime times, it will not be difficult to find men who are turned on by the classic Japanese type. With her roots in the Far East, Yuko Mamiko had the very best conditions to play that game.

We’re talking classic Japanese features, with bright black straight hair, slanted eyes and the little mysterious smirk in the round face. The customers who booked Yuko Mamiko were usually middle-class men who wanted to try something new.

Yuko Mamiko knew her duties well, and she sometimes took the role play to the extreme, in my humble opinion. Especially when she sported the schoolgirl look in the very cliché cosplay uniform with plaid skirt, white shirt and matching pig tails. But the customers loved that style.

On rare occasions, Yuko Mamiko went all in as a geisha with full face makeup – and there were also rumors that she often attended the traditional Japanese sushi parties where the woman serves as the plate.

Yuko Mamiko seemed to enjoy her role as the Asian feature on the agency. And just like the other girls, she was able to say sayonara if the customer went too far!

Before anyone in this country had learned about burqas and sharia, the Arabian Nights were the epitome of the Levant and the Arab and Persian countries.

Hadiyah Durdana (I actually did not know her real name, think maybe it was Fatima or something) was one of the agency's most exotic girls – something as rare as an escort girl of Middle Eastern origin Specializing in belly dancing with accompanying incense, exotic tones and fragrant oils, Hadiyah Durdana was able to enchant her male audience for hours.

From the almond-shaped bedroom eyes over the beautiful Persian nose and to the lush shape of her body with beautiful, teardrop-shaped breasts and swinging hips, Hadiyah Durdana was an every man's Scheherazade fantasy.

Like the aforementioned girls, Hadiyah Durdana made her appearance and origins part of the role-playing game - and with great success. Rumor has it that she has served several prominent politicians from some of the right-wing parties throughout her career - but you know, rumors will be rumors!

Nekesa – the rumble in the jungle

It is probably known to most people that as an average white man you can suffer from the famous jungle fever from time to time. When the fever gets you hot, a pale fish like me will never be enough to fulfill your needs. Dark meat must be served, so to speak. And this is where Kenyan Nekesa would enter the stage.

Nekesa, with whom I briefly worked when I was affiliated with an agency, was quite a typical Kenyan beauty. Nekesa was simply the epitome of all that is classically beautiful in a black woman. Big, beautiful eyes, full lips and a wide mouth filled with regular chalk white teeth, a skin like kalamata olives, long slender limbs and of course an ass like two bowling balls - something we European girls can only dream of (or pay for).

Nekesa's hair was neatly braided in the famous corn rows at regular intervals, and she payed much attention to her manicure routines as if her fingernails were precious orchids.

When Nekesa was invited out on an exclusive date, she went full throttle with gold necklaces and large earrings - The Queen Of Africa In The Flesh. And of course, Nekesa made sure to rock the 100 meter legs in the most exclusive stilettos available.

When it comes to escort girls, there is no way to avoid the beautiful and passionate Hispanics with the famous southern temperament.

Lucia Rodriguez could make any man feel macho. I had her sometimes suspected of overplaying with her ay caramba attitude and stomping flamenco heels. But the customers ate it up and enjoyed her warm laugh and colorful personality – even though it was most likely make-believe.

She had a very special seductive technique which resembled a dance and which could make the men act like a toreador at a bullfight. It was all about her being warm and willing one moment and the next unapproachable and with a temperament like a real Argentine muchacha. That way, the customer got a sense of really having scored the big win when he ended up between the sheets with the beautiful Lucia Rodriguez.

In fact, Lucia Rodriguez was among the girls who often had repeat customers which suggests that many men enjoyed this little game!

If you're a little hooked on finding a girl who shares your desires, and who matches your temperament and turns on a naughty fantasy, you can always jump into the chat. You can find willing and warm sex dates on Adult Sex Dating, or maybe a beautiful and picky sugar babe on Sugargirl Dating. And who knows -, maybe you'll find your exotic goodies there!

See you next time I blog for all you wonderful dreamers out there!

Hi again, Emily here. Today you are guaranteed to be extra bang for bucks on the blog, so to speak. I’ll whip up a ve...

Join me on a really disappointing date

Hi it's Emily again – with more real life stories, coming straight to all you lovely men out there!

Don't miss any of Emily's posts